I know it is Christmas Day and believe me, I do not want to be the party pooper but  I am deeply bothered by the following dilemma… 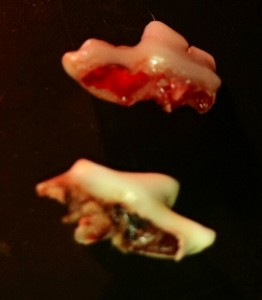 The facts: last night just past midnight, before I went to bed,  I have heard laughs and somewhat hard to understand but obviously provocative and explicit conversation, sexual in nature, from the wall, or more likely from the chimney.

I hid under the table when I noticed a pair of boots descending from the fire place.  The person,  quickly filled up the Christmas stockings on the edge of the fire place, than she ran to Anka, our Pumi puppy’s crate and was looking for her two  missing  baby teeth (that she has lost during the past two days) under her dog bed. She did not find them because they were in my pocket… So she called out for Santa. I saw a strong hand in a red sleeve with white cuff appearing  and she was gone up in the chimney again. Because I was hiding under the table, I did not see who she was, except her long legs in toledo boots. 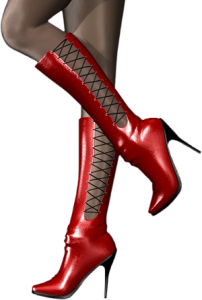 Was the mysterious woman with Santa last night  the Tooth Fairy? Is it possible that the two of them have an affair?

OMG! Is it possible that Santa Claus has an affair with the Tooth Fairy?