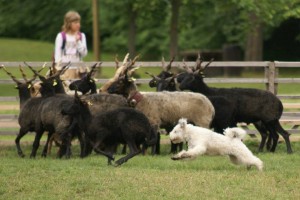 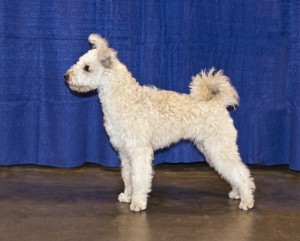 one serious piece of music history…

Q.: What do Miles Davis and I have in common?

A.: I do not know how to play the trumpet and Miles Davis had never owned a Pumi…

When it rains, it pours. I’ve noticed this morning that Fruska’s coming in heat too.  I actually had to fabricate both dogs underwear.

It appears that I am heading towards the weekend shows and the herding trial with not one but two highly emotional drama queens. I am really curious what my Pumi bitches will be brewing Saturday and Sunday. 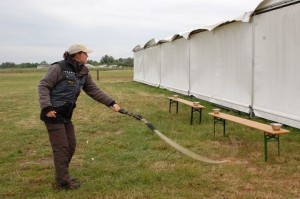 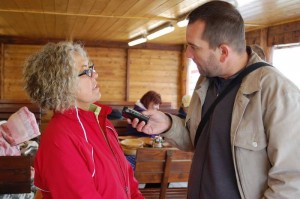 we got interviewed for a radio program today… 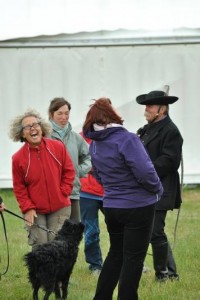 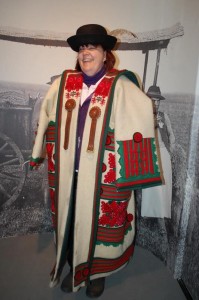 Ginger Butler, do not wear this garment  to a job interview… 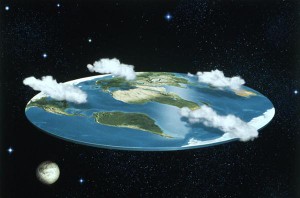 The earth is seriously flat…

Packed up the car and left from my sister’s home in Budapest  with the dogs to Hortobagy around 6 AM. I felt like a broken airconditioning that leaked out all of its freon and just kept running empty and overheating.  I was barely moving as the adrenalin dissipated from my body after the highly charged busy week ended.   The drive was about 2 1/2 long, boring somewhat resembling crossing through Iowa and Nebraska perhaps even more flat. 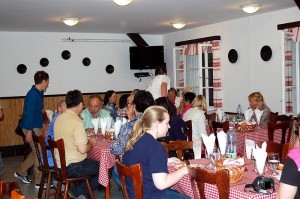 I got to the Inn around 9AM.  Grabbed some breakfast and hopped on the bus to join my

international group members.  We will spend a whole week practicing herding and learning various folk art media, visiting the area and learning about its history. 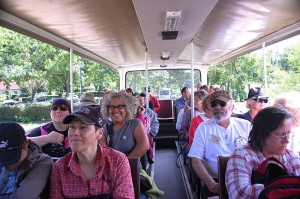 Riding the bus to the herding site…

We drove to the herding site, got off the bus and there we were; the Puszta (prairie)…flat, barren and  empty.  The laws of physics get seriously challenged here…The midday mirage destroys the effect of vanishing point,  all noise gets absorbed in the air there is no acoustic effect. Speed becomes meaningless as it has no reference point.  The body loses its proportions and one becomes hyper aware of every part of it.  The Earth is seriously flat, endless, disarming and powerful here.

The day started with some talks, we checked out the nature preserve and wild-life reservation.  After 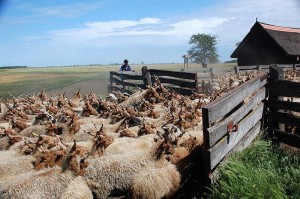 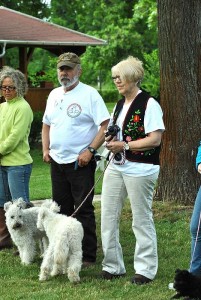 part of  “Team Pumi Americanus,” me, Tom and Chris Levy

lunch we have begun practice.  The sun was high up and the dogs got tired fast.  Fruska was disinterested, Agyag kept flossing and I could not really focus either.  Was glad when the day ended.  Hope for a better mood tomorrow…