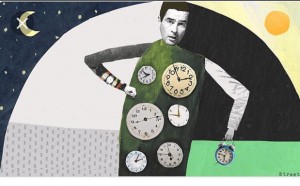 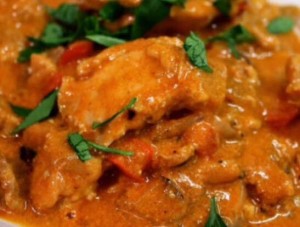 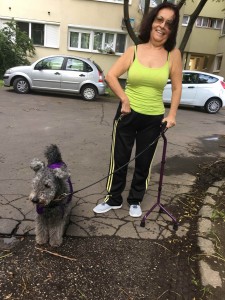 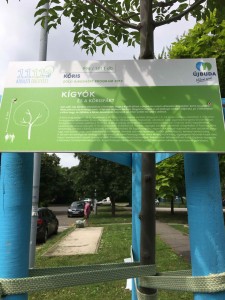 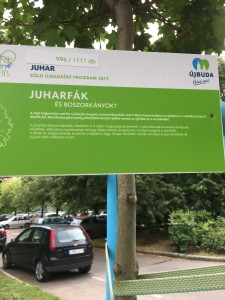 Kate Pinches’ Magic Pumi Carpet. My Pumis would have been safer to fly on it to Hungary from the U.S. than on Lufthansa…

Thursday I went to visit Anna Varadi, Kaffogo Agyag’s breeder in Alsopahok at the western tip of Lake Balaton. Agyag and Fruska was thrilled to play and run in the countryside with Anna’s dog after their high-rise building experience at my sister’s home in Buda. 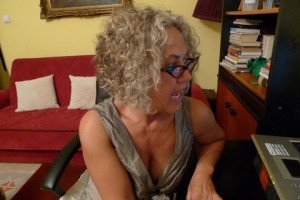 An animated moment while talking to my husband Laszlo via Skype…

While on the road, I’ve also visited Lovasz Gyorgyne in Kapolnasnyek an important figure in the history of the Pumi in Hungary.  It was an interesting experience to leap back in time and listening to old stories of the breed.

Once back in Budapest, in the evening, my sister’s family took me to a Palinka Festival to Erzsebet-ter on the Pest side of the city – a very Hungarian way to finish a great day – I may add…  The evening brought back old memories from the 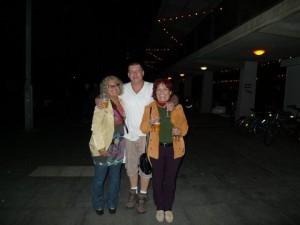 From right to left, my sister Zsuzsanna, my nephew Raymond and me. (Everybody Loves Raymond…:-))