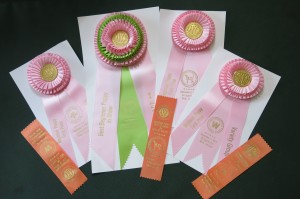 We’ve had a fantastic weekend.  Catskill Battyogo Bikfic has earned 5 points this weekend and has won a big one, “Best in Beginner Puppy Show,” where he has competed outside of the Miscellaneous Class, in the “Big League.” I think Bikfic is the very first Pumi competing in the big league in conformation and winning Best in Show (4-6 mos :-)) 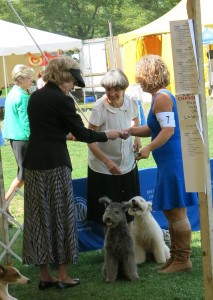 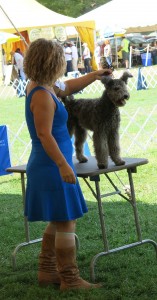 Marika and Paul Foreman, owners of Catskill Bikfic and Csibesz,  invited me to their home for the weekend  since they live only ten minutes from the show site. (Laszlo could not make it as he just had a surgery Tuesday.)  They have been perfect hosts.  They’ve fed me and entertained me for three days. 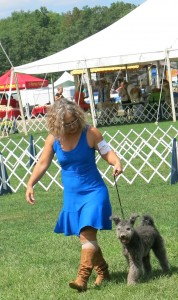 Hey you out there… get ready…!

After we returned to Marika and Paul’s home each day after the shows, we could not stop watching and laughing the three crazy Pumis turning from well behaving show dogs into Bushwhacking Pumis, in Marika’s yard.