It has been marked in the calendar as the day of the “Puppy Party.”  Yes, indeed it turned out to be a day of real festivities.  Although, we had a rather gloomy forecast for the day, thanks to the weatherman, the rain did not materialized until late evening.  But by than most of us were waterproof anyway… 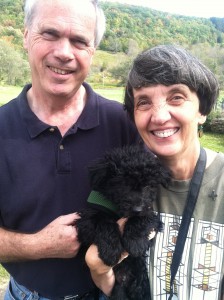 Marika, Paul and Acel before heading home to New Jersey. They will soon be joining the HPCA via complimentary membership from Catskill Pumi Kennel

The pups were busy.  In the morning we got visitors from Delaware and New Jersey.  When Marika and Paul saw the pups, it was love at first sight. What a small planet.  Marika is from Kolzsvar (Cluj Napoca) Transylvania my University town…  We walked around, played with the dogs, and than they made their selection. By 3PM Acsinnadratta Acel was enroute to his new home in New Jersey.  It was sad to see him go but he and his new family is relatively close to us and most likely we will see him back for boarding in the future.

It was 3PM and there was no time left for daydreaming.  We were expecting a hungry mob for puppy socialization starting at 5PM.  And here they were coming… let’s be honest who can resist a basketful of pups and a delicious Hungarian dish cooked on open fire? 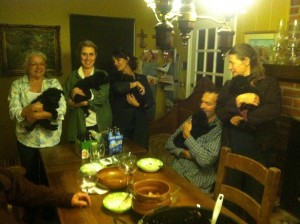 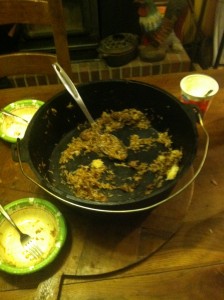 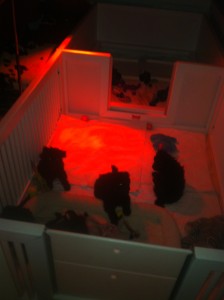 Good night pups, you had a busy day…