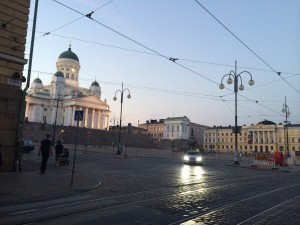 The famous Helsinki Cathedral, “Tuomiokirkko”(spelling it correctly and pronounce it, should be a prerequisite for the eucharist…) on Senate Squre in the city center. It is an evangelic Lutheran Church. It can accommodate 1300 people. It is the most recognizable landmark of the city. 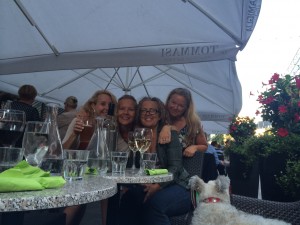 Say, “cheese…” it does not really work in Finnish “juusto…”
(one of my genius theories why English has become the lingua franca of the world…)

This WDS is also a study trip for me to learn about the mysteries, controversies and also trying to answer some of the open ended questions of the Pumi breed. Therefore,  it has been an especially lucky coincident that this global doggie summit has been organized  by “Pumi powerhouse” countries in two consecutive years. 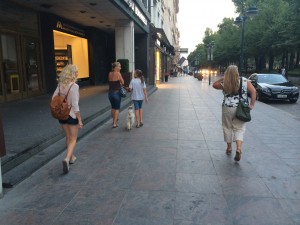 strolling in the center of Helsinki. Nina took possession of Agyag. The spoiled opportunistic Pumi has enjoyed the extra attention 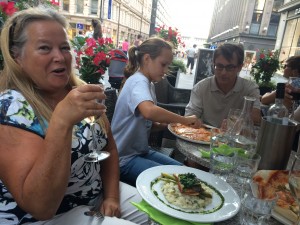 Look at that delicious dinner plate. Fresh fish provided from the Baltic Sea.

Last year, I had a chance to spend time in Hungary, the home of the Pumi  and this year here in Finland.  Earlier, I’ve have talked to breeders, most importantly to the Forsti’s from Fifikus kennel at the Kuopio international show. Yesterday, I’ve spent the day with Marja-Leena Puranen here in Helsinki.  Marja-Leena also took me to meet Helena Mattila of Karvakorvan kennel outside of the City.

Thank you both for taking your time and meeting me.

After the Pumi protocol, the fun has begun. Finally, I could hook up with the “Pumericans,” Stacy Lehman, her husband Jon, Taru Parvin and her daughter Nina.  We also kidnapped Marja-Leena along for a good time.  We have shared our experiences, walked around in the center of the city a bit and finished the evening with a great dinner. 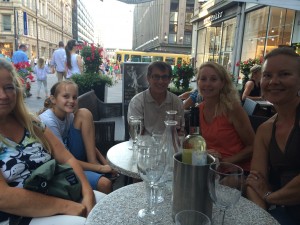 Marja-Leena, Nina, Jon, Stacy and Taru (the wine in the forground of course is only for prop to enrich the photograph…) 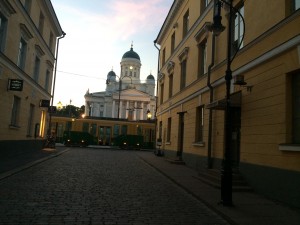 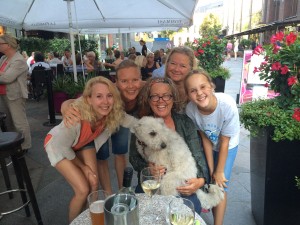 Agyag enjoying her Cyndarella time. She will have have a hard time to become “just one of the Pumis” again when the clock will hit midnight at the end of the week and we return to the U.S. 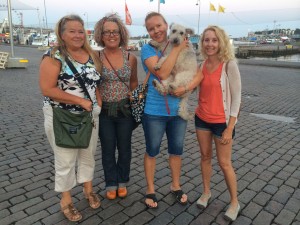 It is all about the Pumi
Marja-Leena, Ildiko, Taru with Kaffogo Agyag and Stacy

Back in the hotel, I called my husband Laszlo to tell him about my day.  We talked until my adrenaline level tanked and I fell in bed to recharge my body for the next day.