The North-East has been under a serious and dangerous week-long cold spell that makes it hard for a young Pumi to stay out of trouble in the house without enough exercise.  Therefore, six months old Catskill Csibesz of Somerville, NJ, has decided to create a job for himself.  This way he hopes to avoid getting into some major indoor mischief. He has quickly learned to deliver the newspaper  to his owners, Marika and Paul Foreman and also earning his paycheck.

Although, he is out of trouble on the home front, subsequently, he has  created a turf war in the neighborhood by chasing the paperboy away and taking over the paper delivery job to the Foreman’s.  Good Job Csibesz!

After my Christmas blog entry, “Anka, Santa Claus and the Tooth Fairy,”  I got some unhappy emails saying that with these types of outlandish stories I contribute to the shortening of kids’ childhood and their loss of innocence.   I reread the story, and I was ready to remove it, but, then following happened… 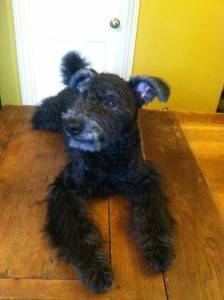 Csibesz has visited us for the weekend. He got a makover haircut and some advice for his upcoming debut conformation show in February

Csibesz, Anka’s littermate has visited us for the weekend.  The dogs had a great time.  He also got a haircut and some advice for his upcoming conformation show debut in February.

Sunday night we went to bed early as the weather was bad and everyone was exhausted. Way past midnight, when Csibesz’s barking woke me from my sleep.  I ran to the kitchen, I saw his mouth bloody and after closer inspection, I noticed that three of his baby teeth were missing.  We called 911 and then reconstructed what happened. Csibesz could not sleep because of the high wind kept rattling the windows when he heard some odd noise and saw a figure in the dark. Then suddenly he got dizzy and lost consciousness.  He woke up after a big sneeze with someone’s fingers in his mouth.  A struggle ensued and the person fled through the chimney. 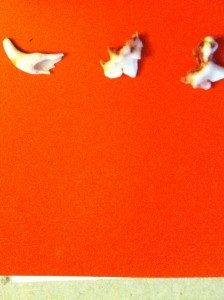 Csibesz’s stolen teeth that mysteriously got returned by a Raven after the cop left. Do these events have anything to do with my Transylvanian origin…

It was not hard to guess that the Tooth Fairy came back for Anka’s teeth that she could not get last time when she came with Santa.  Instead, he stole Csibesz’s teeth directly out of his mouth.  She threw fairy dust in his face (the date rape drug of the fairy under world…) and when the little Pumi passed out she took his teeth and fled.

The Tooth Fairy did not get too far, she was arrested at the Airport, trying to board a plain to Transylvania

She did not get too far because the cops caught her at the airport as she’s tried to board a flight last night.  Her suitcase was full with baby teeth. 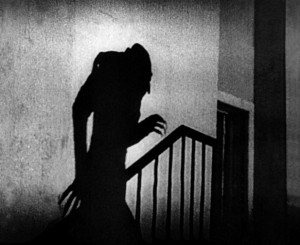 Vampires in Transylvania have been suffering from a mysterious tooth decay ( has consumerism and the effect of processed food – blood has caught up with the health of the Supernatural underworld too?) Or it is simply the European mutation of the “White Nose Disease” that has been decimating the American bat population

As it turns out, Ms. Tooth Fairy has been working for an international crime syndicate stealing and smuggling teeth to Transylvania where she sells them to aging vampires who are suffering from a mysterious tooth decay epidemic.

I asked the detective, “but why targeting my and Marika’s dogs?”  He paused a second than he said, “these types of crimes are borderline paranormal events and works the best on people who either believe in paranormal activities or are connected to the paranormal world  some ways.”  I was puzzled,  but then he asked me, “by the way where is your and Marika’s accent from?”  but he did not wait for my answer, he walked out.

“Transylvania…” I mumbled and followed him with my eyes getting into his car and driving away. Seconds after, a crow landed on the porch, dropped three baby teeth in front of the door and flew away…