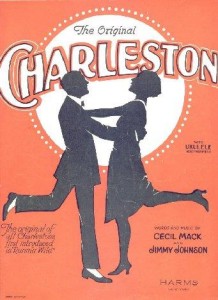 Charleston, the city, the dance and flat chests

“The 1920s brought not only the Charleston but the flat chest” Well, I guess, I fit right in here…  The quote is from Robert Gottlieb, former editor of the New Yorker. (Why am I not surprised… ) He is forgiven because of his  book, the “Art of the Plastic Handbag 1949-59.” It is every woman’s must read… 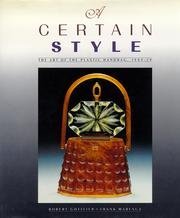 After almost 12  long hours on the road, just before midnight, finally we arrived to Charleston, SC. This morning, we went to visit, Susan Smith, who has Catskill Asz, a good looking male from our A-litter. We have not seen Asz since he was about eight weeks old. He smelled and sniffed and looked…it was a remarkable moment when suddenly it clicked in for him. I bet he recognized me. 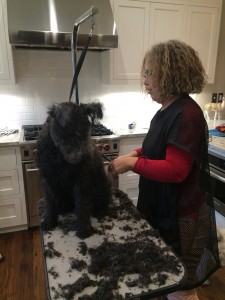 While I was grooming Asz, the  obnoxious northern Pumis has raided Susan’s house and yard. Almost removed the Christmas tree and made sure that the entire city of Charleston could hear them.  Susan has treated us with a fantastic lunch and we chatted the afternoon away. It was about four a clock when we collected the Pumis from the pool and began the last leg of our trip. 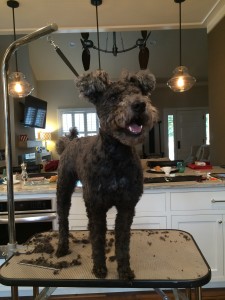 While Marika was driving, I looked up Charleston’s history. It is a quite interesting place. The city has drawn many different races nationalities, ethnic and religious groups. Jews, Germans, French, Irish, Spaniards free blacks, people from the Carribians and of course the English, mingled in Charleston during the colonial era. Interestingly, Catholics were not allowed in the City until after the Revolution. 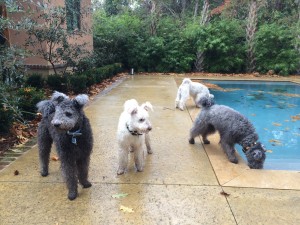 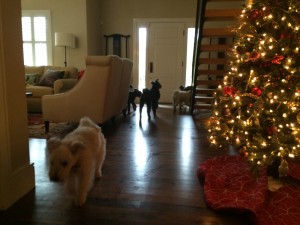 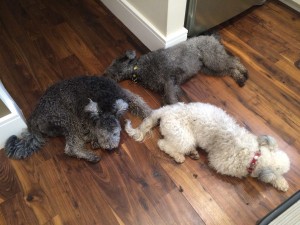 when are we going?

One crazy fact that caught my eyes, was the early deerskin trade of Charles Towne as the city was called in its early history. In about twenty years in the early 1700s, about a million deers were slaughtered and 5,239,350(!) pounds of deer skin were exported. Considering the high number of vehicle/deer collisions everywhere, I bet, car insurance companies simply call this era “the good ol’ days…” 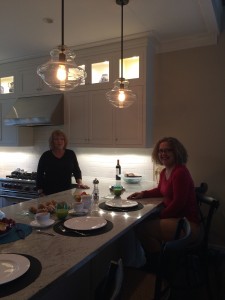 With Susan Smith, our host, the owner of Catskill Asz 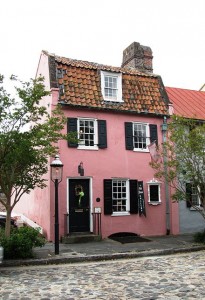 a quick peek of Charleston. The Pink House…yes, the pink house.. 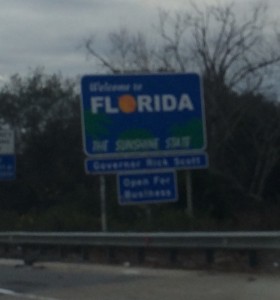 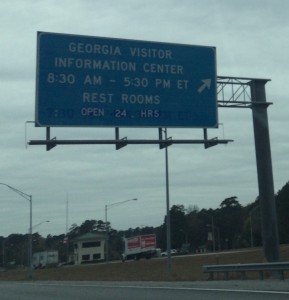 some business simply cannot be taken care of only between 8:30AM-5:30PM

Charleston is also the birthplace of “The Charleston” (dance),  George Gerschwin’s “Porgy and Bess” and Congressman Frank Underwood from the Netflix series of “House of Cards” I wonder how many voters looked for Underwood’s name on the ballot during the midterm elections…

We arrived to Orlando Florida around 9 pm tonight.  We will be back tomorrow.

Stupid Quiz #2: (while driving to Florida)

Question: When the Fox trotts who dances to the “ton”? 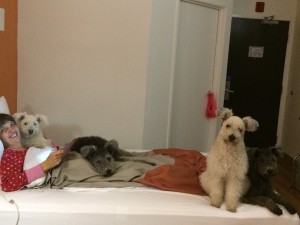 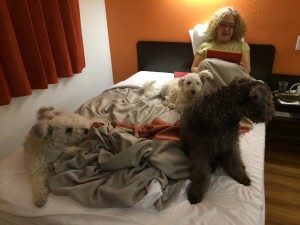